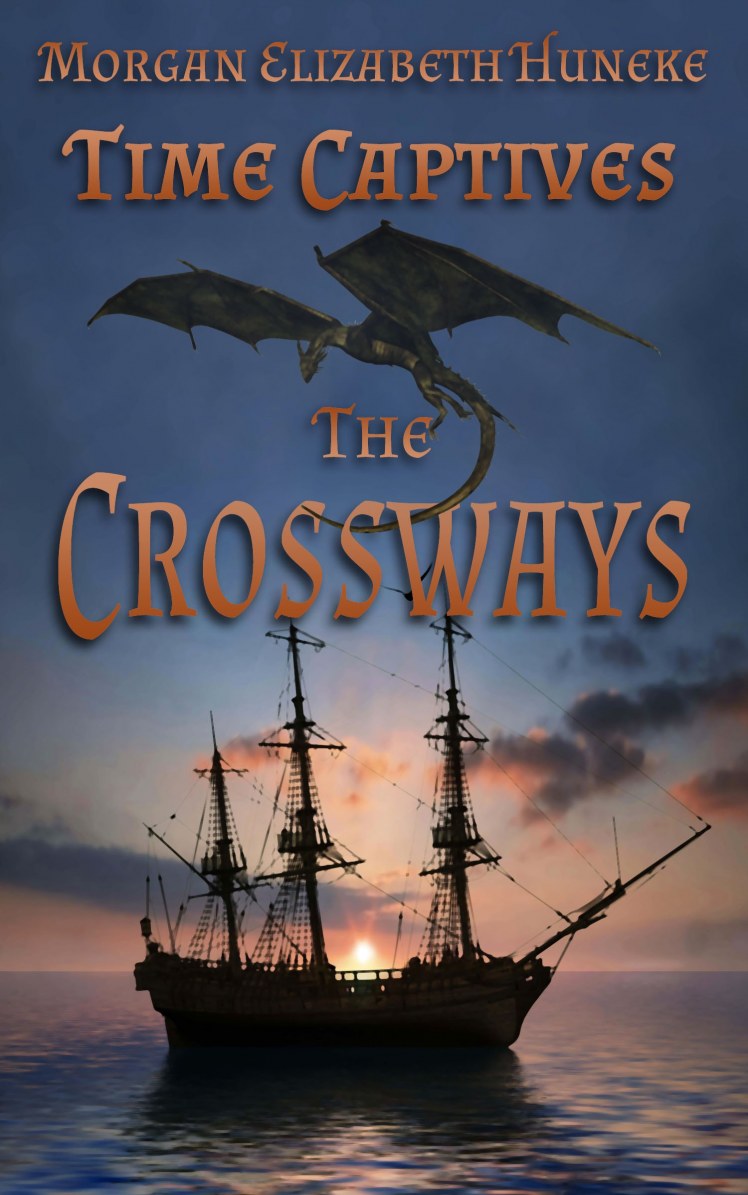 “M’lady, it has been fairly well confirmed that the Redona was hidden away by the merfolk at the conclusion of the Great War instead of destroyed as was commanded. My brother has confirmed to me Joseph’s belief that it was concealed at the Crossways.”

Toarna pressed her fingertips together in thought. “It must be recovered and destroyed as was at first intended.”

Emily, Allan, Jill, and Joey have been reunited with their long lost ancestors. But with that reunion comes the true beginning of their quest: free the rightful king of Calhortz so that he may be restored to his throne. The Redona, the only object that can free him from his long imprisonment, is rumored to be concealed in The Crossways, a mountain across the sea which cannot be entered.

A slave since birth, Adriel’s resentment and hatred towards the strytes only grows as his family is continually ripped from him. He longs for the freedom the Time Captives are prophesied to bring, but he doubts their existence, just as he doubts God’s love. Circumstances in Calhortz are so dire. How could they ever improve?

Who can enter The Crossways? Will the king ever be freed? Or will the slaves of Calhortz lose all hope of freedom before it is even offered to them?

The Crossways is the second book of the Time Captives trilogy, a tale of faith, family, fantasy, and a fight for truth and freedom.